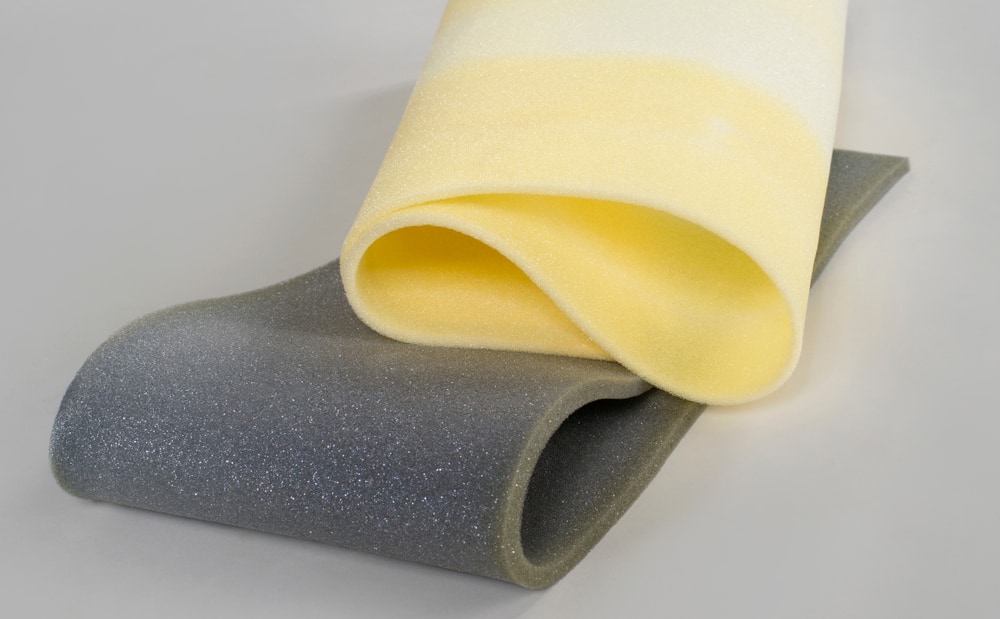 How is Polyurethane Foam Produced?

Does your car, kitchen sponge and mattress have anything in common? In fact, yes! They all heavily rely on flexible polyurethane foam, as do many other applications, ranging from the cushion you sit on, the filter in your vacuum cleaner, car seats, gym mats and handle grips on bikes. Polyurethane foam is crucial to our daily comfort yet we hardly ever see or hear about it.

The Conversion on Polyurethane Foam

During the production process, isocyanates and polyols fully react with each other and so neither are present in the foam that goes to market. While this may seem like a simple process, industrial foam production can be rather impressive.

An average factory annually produces around 8,000 tons of foam, which represents a volume of nearly 265,000m3 of flexible polyurethane foam, that's like the water contained in 96 Olympic swimming pools. All from just one plant! The EU’s entire production of PU foam is enough to fill the Star De France ten times or construct 9 Pyramids of Giza annually.

Everything begins when the raw materials are delivered as liquids to onsite storage tanks, individual substances are then pumped from these tanks to the production area via a closed pipe system. The whole process is computer-controlled, and so quantities are predetermined by the exact formulation of the foam to be produced.

The long continuous block is cut into sections of up to 120m in length then it is cured and cooled for up to 24 hours before being transported to storage houses. At the storage house, the foam can be cut into short blocks compressed and packed and shipped to customers who use the foam at their premises.

Making the conversion of foam in later stages can be more practical for a number of reasons:

Foam can be transformed on-site into a variety of products, most of the processes are mechanical, yet using high precision cutting equipment, foam can be given a virtually endless number of shapes. Blocks of up to 120 meters long can be cut into thin layers of foam with extreme precision right along all the length of the block. Cutting machines allow for precision cutting of smaller pieces. During this process, foam can also be combined with other materials to make products ready for consumption, like kitchen sponges.

There's not just one type of foam, the variation in density, hardness and resilience is just about endless, it is the art of the foamer to adapt their formulation and production process to achieve the desired result.

All through the production process foam is tested for its conformity to requirements, it’s important to know that a large number of foams produced for use in bedding and upholstered furniture are standardised under the British Standards Institution, this specifies substances that may not be used in foam production and sets stringent maximum limits for some components. Thus, ensuring consumers that the products they purchase are safe.

Rojac Urethane are polyurethane foam moulders based in the west midlands. Rojac specialises in production and prototyping polyurethane flexible foam and has many years of experience. Bring your project to life, call Rojac today on +44(0)121 502 6549 or send us an email at info@rojac.com for information or advice.

We use cookies on our website to give you the most relevant experience by remembering your preferences and repeat visits. By clicking “Accept”, you consent to the use of ALL the cookies.
Cookie settingsACCEPT
Manage consent

This website uses cookies to improve your experience while you navigate through the website. Out of these, the cookies that are categorized as necessary are stored on your browser as they are essential for the working of basic functionalities of the website. We also use third-party cookies that help us analyze and understand how you use this website. These cookies will be stored in your browser only with your consent. You also have the option to opt-out of these cookies. But opting out of some of these cookies may affect your browsing experience.
Necessary Always Enabled
Necessary cookies are absolutely essential for the website to function properly. These cookies ensure basic functionalities and security features of the website, anonymously.
Functional
Functional cookies help to perform certain functionalities like sharing the content of the website on social media platforms, collect feedbacks, and other third-party features.
Performance
Performance cookies are used to understand and analyze the key performance indexes of the website which helps in delivering a better user experience for the visitors.
Analytics
Analytical cookies are used to understand how visitors interact with the website. These cookies help provide information on metrics the number of visitors, bounce rate, traffic source, etc.
Advertisement
Advertisement cookies are used to provide visitors with relevant ads and marketing campaigns. These cookies track visitors across websites and collect information to provide customized ads.
Others
Other uncategorized cookies are those that are being analyzed and have not been classified into a category as yet.
SAVE & ACCEPT
Scroll To Top